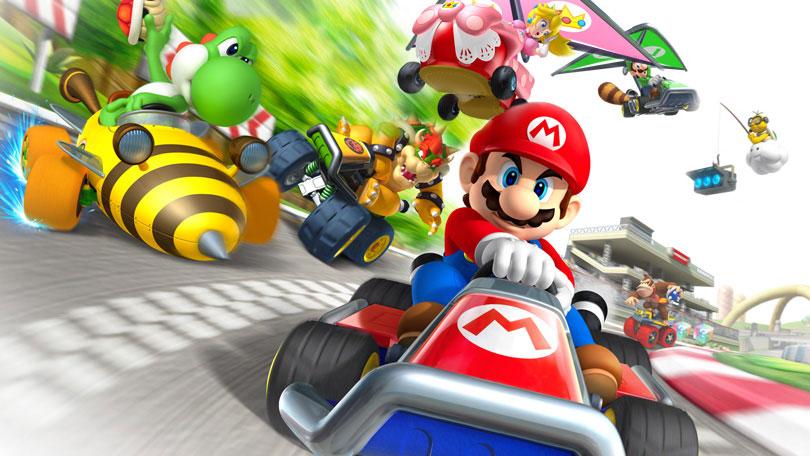 What makes a game like Super Mario Kart timeless?

According to devoted player Sami Cetin, at least part of it has to do with the fact that the 1992 SNES racer doesn’t have a blue shell, which first debuted in Mario Kart 64 and has since inspired much wailing and gnashing of teeth.

Cetin has been played Super Mario Kart competitively for decades, going so far as to establish a website dedicated to tracking Super Mario Kart time trial world records (in 1998!) that has since inspired an annual Super Mario Kart World Championship to see who’s the fastest of them all.

Cetin himself won in 2012, and in a new Polygon feature he and current world champ Julien Holmière explain why players continue to find new depths to this 25-year-old game.

“Being a top player in [Super Mario Kart] requires a huge effort, because there are so many techniques to familiarize yourself with,” Holmière told Polygon. “The handling is much harder than on the recent Mario Karts. When you first play Super Mario Kart you will barely go full speed and barely stay on the track.”

The World Championship isn’t just about racing, either; it requires would-be champions to compete in a variety of game modes, including head-to-head Battle Mode.

“It all ties in together,” Cetin explained. “A good racer can be a better racer if they have mastered Time Trials; otherwise if their opponent gets out of sight then they [will] have to rely on powerful weapons which may have a very low probability. Similarly, a tactical racer can cause problems for a Time Trial player, providing they are not too much slower. It is a game of chess in a way when playing competitively.”

To read more about how the Super Mario Kart competitive scene works, and what it means to those who participate, you can (and should) read the full article over on Polygon.

No comments to show.